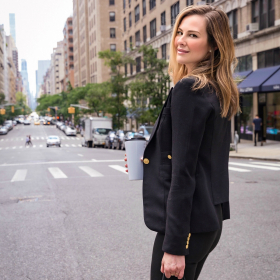 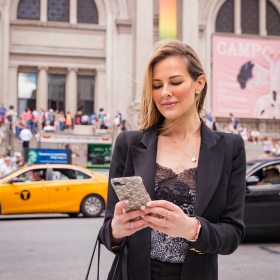 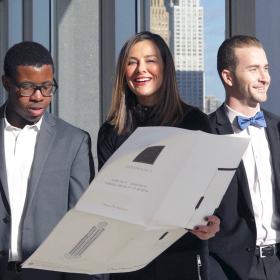 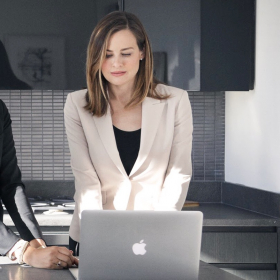 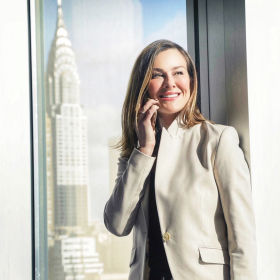 Kelly was born in January of 1980 in New York. Her family moved to Connecticut shortly thereafter, where her mom and younger brother still live.

She was an actress from a young age and spent a lot of time in Manhattan where she knew she would live someday. After graduating from a conservatory program, Kelly moved to NYC full time to pursue her acting career. Unfortunately, Kelly and her manager didn’t see eye to eye when she turned down a role on a soap opera and they terminated their contract. Kelly planned to take a year off from the business to explore other avenues and signed a post dated contract with  another manager, but ultimately decided to take a different path and went to NYU to take some courses in PR.

In 2004, Kelly was working in PR for a well known restaurateur trying to build his business. Her boss told her she could go for the big ideas she had and when she succeeded, he would always change his mind saying “I was never going to allow that, I let you do it because I thought you would fail”. After a friend mentioned she thought Kelly would do well in real estate, she got her license knowing that she could use her skills as her own boss. She has also had a fondness for real estate since a young age. As a child, she would peruse the real estate listings in the local paper and ask her parents to go to open houses in town.

Kelly started out working for a top agent in NYC and quickly learned the ropes. In 2011, she left and formed her own team.

Ms. Robinson’s unique approach is supported by an extensive background which spans multiple sectors of the industry including resales, new development projects, investor and buyer representation.

This multifaceted knowledge continues to foster her sharp negotiation skills, consistently leading to record breaking prices and loyalty amongst clientele. She specializes in working with high profile individuals across the sports and entertainment sectors and is very protective of the need for discretion.

Other niches include rebranding previously unsold properties, consulting on layouts and finishes for both new construction and private home renovations, staging and advising cooperative boards on how to increase value in a market that favors condominiums.

Kelly holds a BFA from Rutgers University’s highly selective Mason Gross School the Arts and furthered her education at NYU. She has won numerous awards, is NYRS and CNE designated. She is also co-founder of the EJR Scholarship Fund.

She has also overcome a lot of adversity in an industry rampant with sexual misconduct and road blocks, where she’s had to deal with advances of clients while trying to get sizable transactions completed. She is now an advocate for other women and men facing these challenges within the industry.